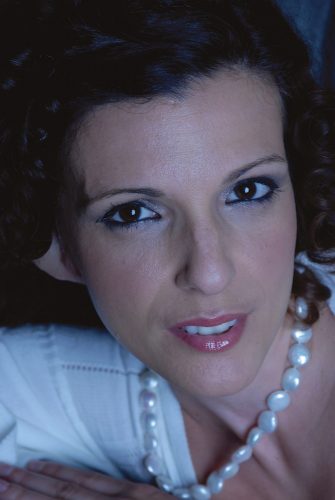 Sotogrande Opera Gala, Spain, June 2016
‘Stefanie Kemball-Read gave a breathtaking performance at the charity Opera Gala ‘A Magical Night of Opera’ in Sotogrande, Spain in June 2016. She held the audience in the palm of her hand as she sang arias and duets from well-known operas. Stefanie is a great talent with an amazing vocal range and a powerful stage presence. The applause was rapturous and the encores were wonderful, what a memorable evening. Please come back soon Stefanie, we would love to see more of your magical art.’
Patricia Darch

Hummel ‘Salve Regina,’ ‘Alma Virgo’ and Mass in D, Kent, April 2016
‘Two Marian works Salve Regina and Alma Virgo proved so wonderfully expressive in the hands of the soprano Stefanie Kemball-Read, with vivid coloratura that recalls the defiance of Mozart’s Queen of the Night…’

‘The flamboyance of the Alma Virgo… perhaps even more dazzling.’

Don Giovanni, Opera Vera, London, November 2013
‘The eight young singers of Opera Vera are…rich in experience and can all boast busy CVs…It was refreshing to hear good young voices in an opera that deals so candidly with human urges and emotions… The distaff battle was a hard-fought contest with Stefanie Kemball-Read a fervent Donna Anna…A compelling evening.’
Mark Valencia, theartsdesk.com

‘Stefanie Kemball-Read needs mention for her comic portrayal of the maid Adele. She lit up the stage and made me chuckle every time she set foot on stage.’
Gordon Harris

‘Stefanie Kemball-Read as Adele showed her feisty side and greatly amused the audience.’
Pippa Hare

Orpheus in the Underworld, Kentish Opera, Kent, October 2009
‘The role was stunningly sung by Stefanie Kemball-Read…superb high notes which resonated effortlessly above chorus and orchestra…her transition from sing to spiel was faultless.’

‘A true all round performer.’

‘…five stars for this recent production of Orpheus in the Underworld… In particular, Stefanie Kemball-Read as Eurydice seemed to go from strength to strength even though she was on stage for a large part of the performance.’
Pippa Hare

The Elixir of Love, HGO, London, November 2008
‘Stefanie Kemball-Read… in excellent voice as Adina… her acting evoked genuine concern about the fates of the characters so often played as caricatures.
Ed Gordon (Opera Now)